The finger pointing has started in the ACF Water War! 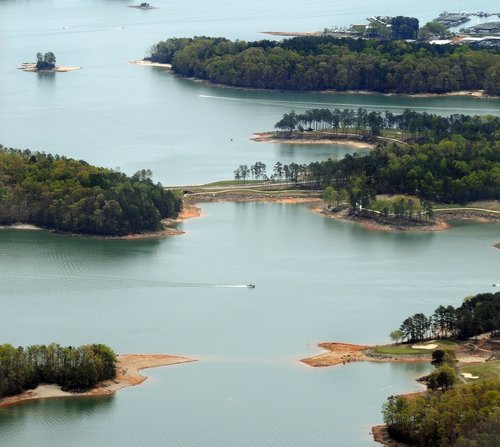 A tersely-worded legal filing this month attempts to shut down most of Florida’s arguments in the long-running battle with Georgia over regional water rights.

The 33-page document, filed this month in the U.S. Supreme Court, denies that Georgia’s demand for water is causing “serious harm” to Florida’s Apalachicola Bay and “serious declines” to the state’s fisheries.

Georgia rejects the notion that a reduction in flow from the river basins have shrunk habitats along the Apalachicola bay and “precipitated a collapse of Florida’s oyster fishery.”

And it rebuffs Florida’s assertion that the increasing water demands of Georgia’s growing population would  jeopardize “the viability of the Apalachicola Region’s ecology, economy and way of life.”

The filings are the opening maneuvers of the latest phase of what will likely be an even longer and costlier fight over the resource after the High Court surprised state leaders by agreeing to hear the last-ditch challenge from Florida. It was a rare setback for Georgia, which has won a series of court victories in a fight with Florida and Alabama that began in the 1990s.

State leaders are steeling themselves for a longer and costlier battle.

Gov. Nathan Deal has beefed up the staff to handle the new round of litigation with Florida and tapped a water czar who would coordinate the state’s efforts for the first time. State officials are bracing for millions of dollars in new legal fees that will be funded from the governor’s emergency budget.

The filings show just how wide the gulf between the two states is. In the opening lines of the document, for instance, Georgia takes issue with Florida’s assertion that the Flint River converges with the Chattahoochee to form Florida’s Apalachicola.

(Georgia’s attorneys note that the Flint and Chattahoochee first flow into Lake Seminole, and repeatedly says that the U.S. Army Corps of Engineers releases water from upstate reservoirs into the Apalachicola.)

Expect more legal jockeying to come. Ralph Lancaster, the court-appointed special master, wants a monthly progress report in March while still encouraging attorneys from both sides to reach a settlement.

Want to protect a creek or lake in your neighborhood? It’s easy! Sign up for a free, fun workshop and join our team of Adopt-A-Stream volunteers. Call (706) 649-2326 or visit georgiaadoptastream.org for more details.

Columbus is the star of a new webcam sponsored by Chattahoochee RiverWarden, Columbus Water Works, and USGS. Check out the beautiful real-time view of the Chattahoochee from the 14th Street bridge. You can even take over the controls to pan and zoom for a closer look.
http://ga.water.usgs.gov/rivercam/webcam-columbus.html